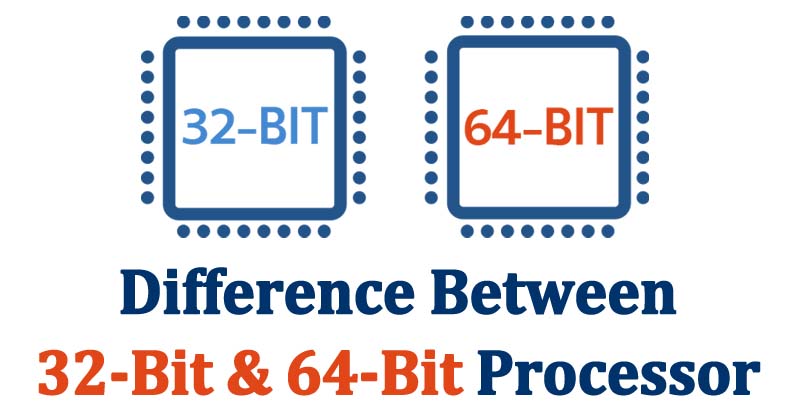 Computer with the 32-bit processor means a computer that works with 32 bits wide data units for its software and operating system. A 32-bit processor can be found in all computers with Intel Pentium and early AMD processor like o the Windows XP, Windows 95 and also Windows 98.

– What is the Major Difference between 32-bit and 64-bit OS?

The first difference between 32-bit OS and 64-bit OS processors is the random access memory or RAM that is supported. The 32-bit OS is limited on memory space, just supporting 4 GB for the maximum usable memory. It is large different on the 64-bit OS which can support until 8TB of addressable memory.

It is really useful to upgrade your processor into 64-bit OS if you want to use your computer for video editing, graphic design, engineering or the other activities that need great performance for editing images.